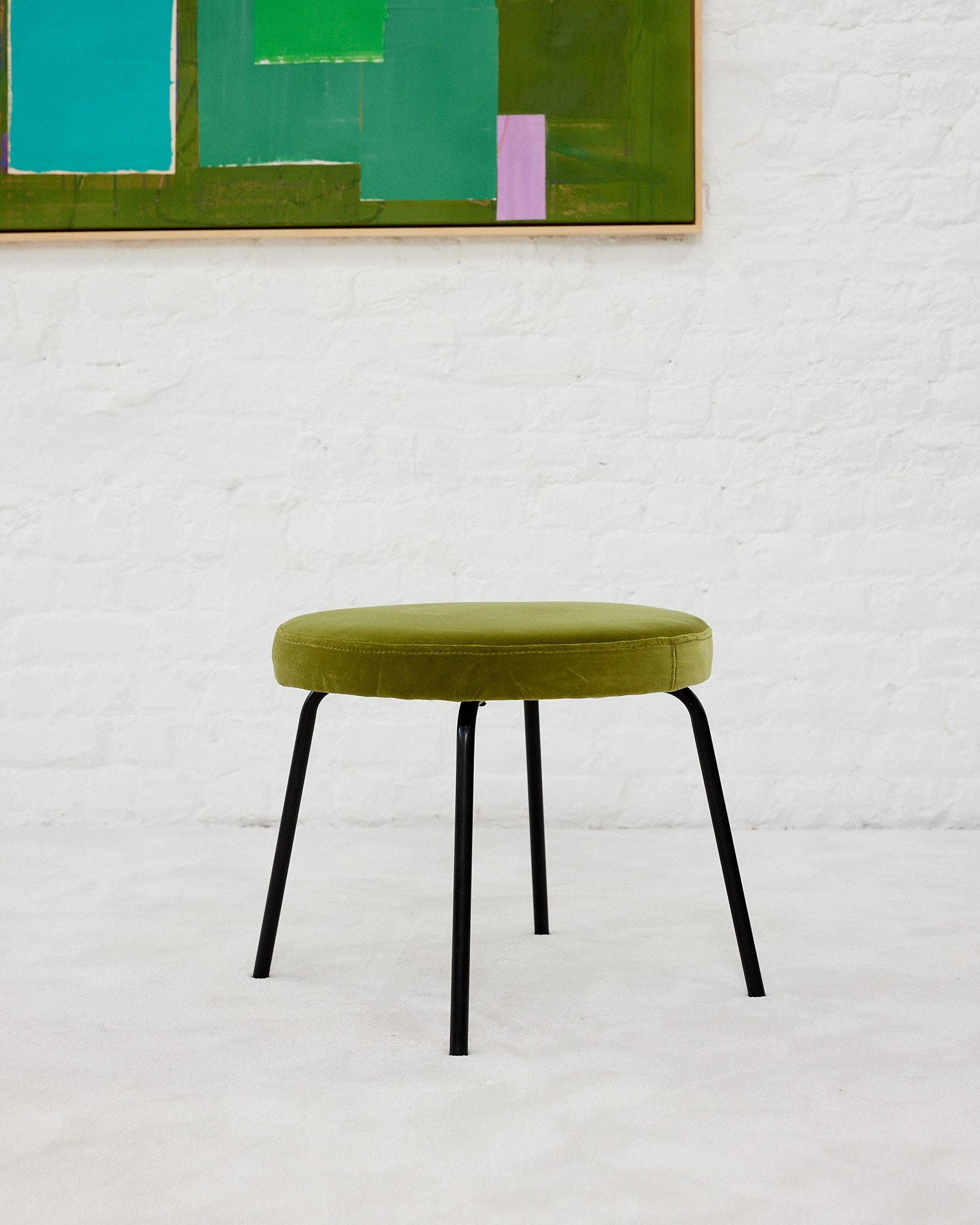 Joseph Andre-Motte was a French furniture and interior designer and has been known as the most influential and innovative figure of post-war French design. He used traditional techniques to contemporary forms and combined his designs with modern materials.

The stool was designed in the earlies 1960s and originally came in a pair with an armchair. The model “770” has been known as one of his most famous pieces. He participated in many exhibitions such as Salon des artistes decorateurs, Salon des arts menagers and Universal exhibition Brussels Expo’58. 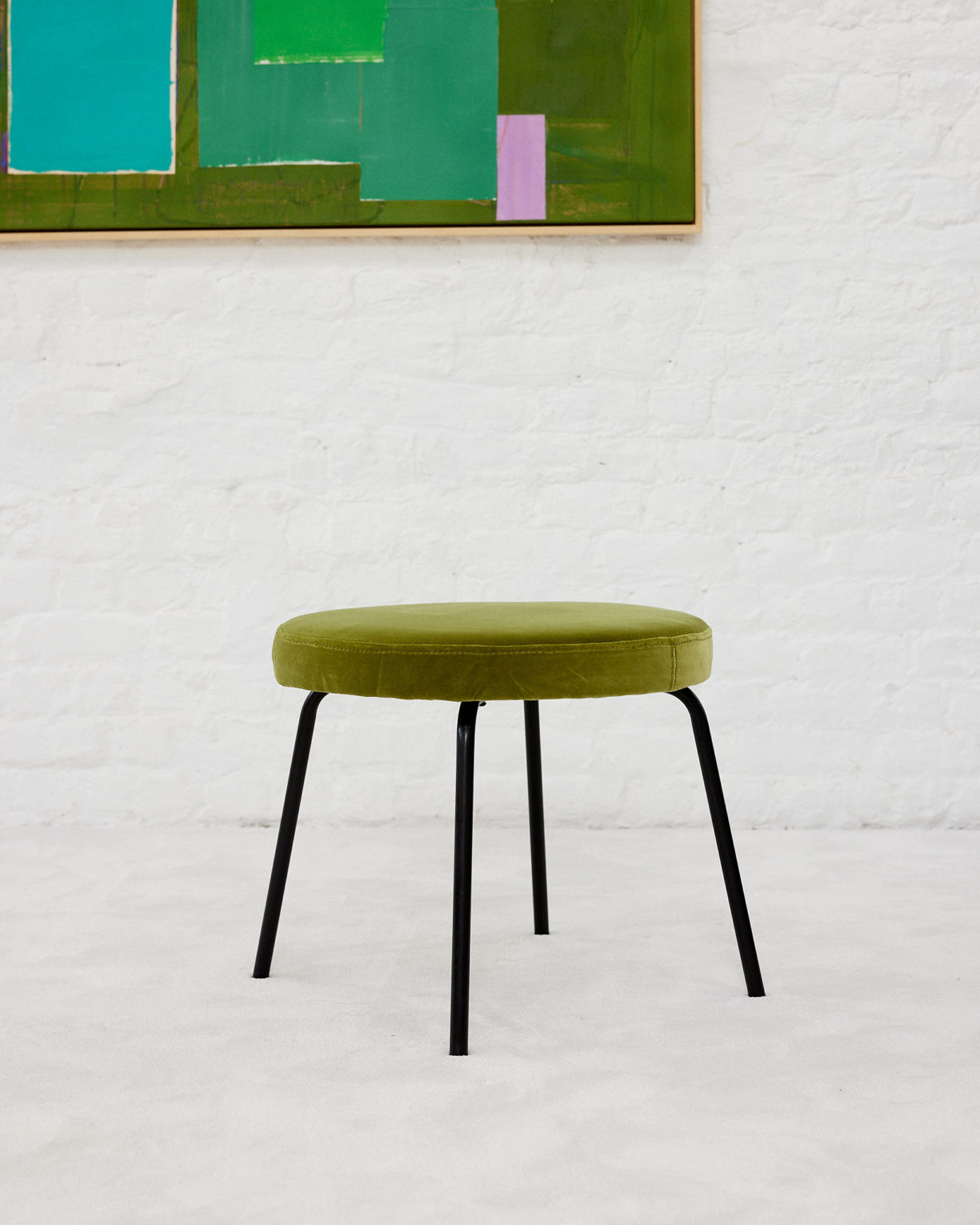 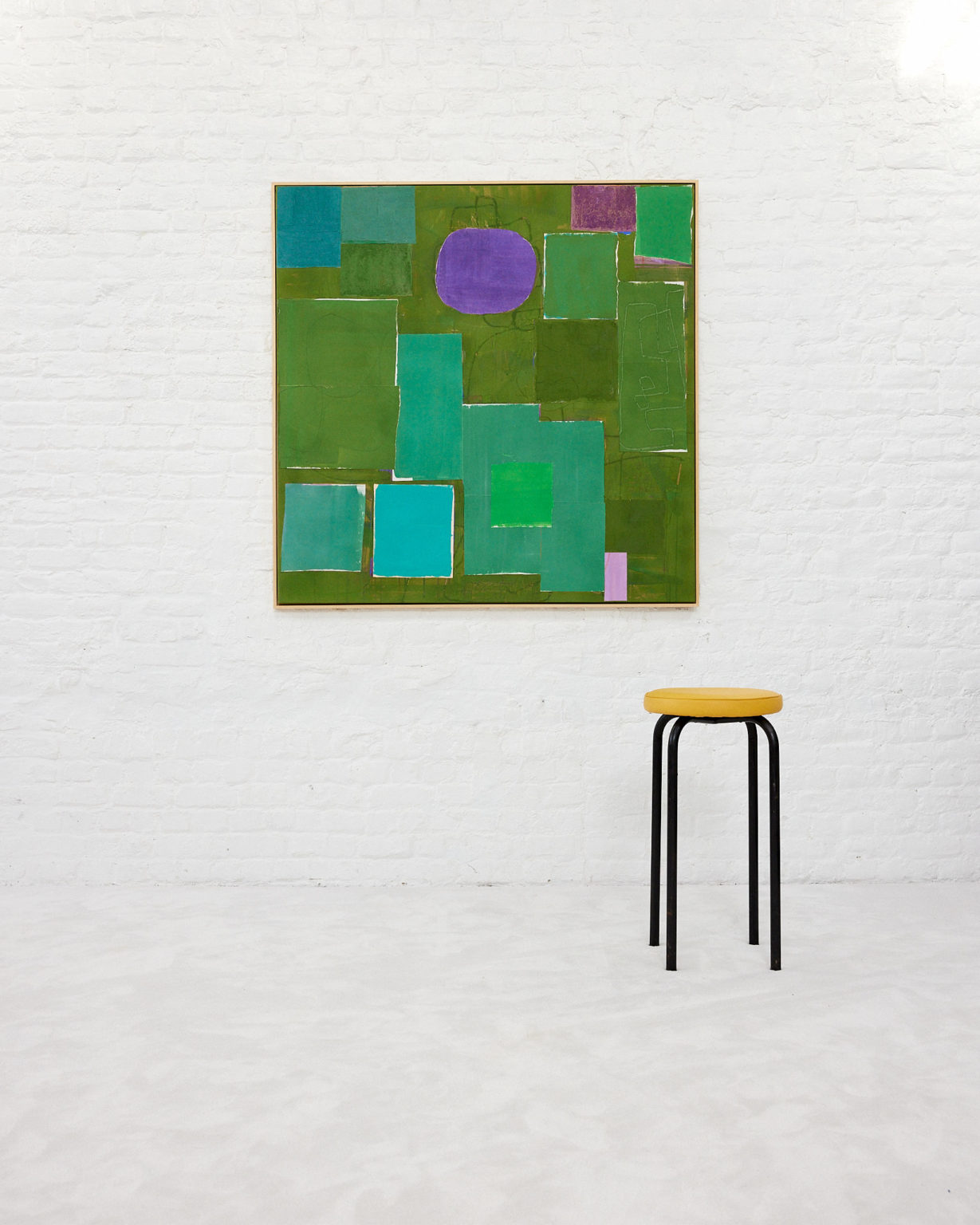 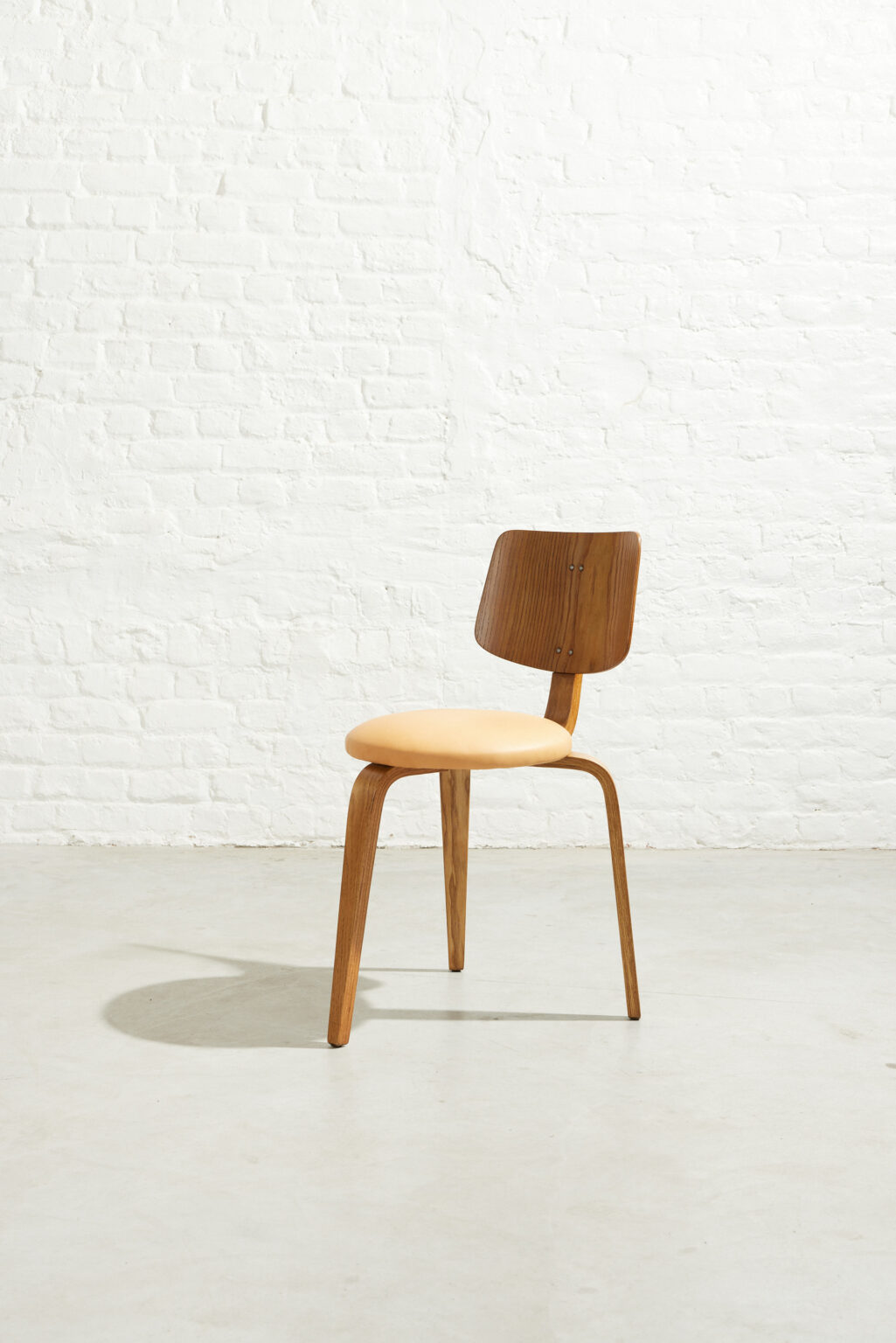 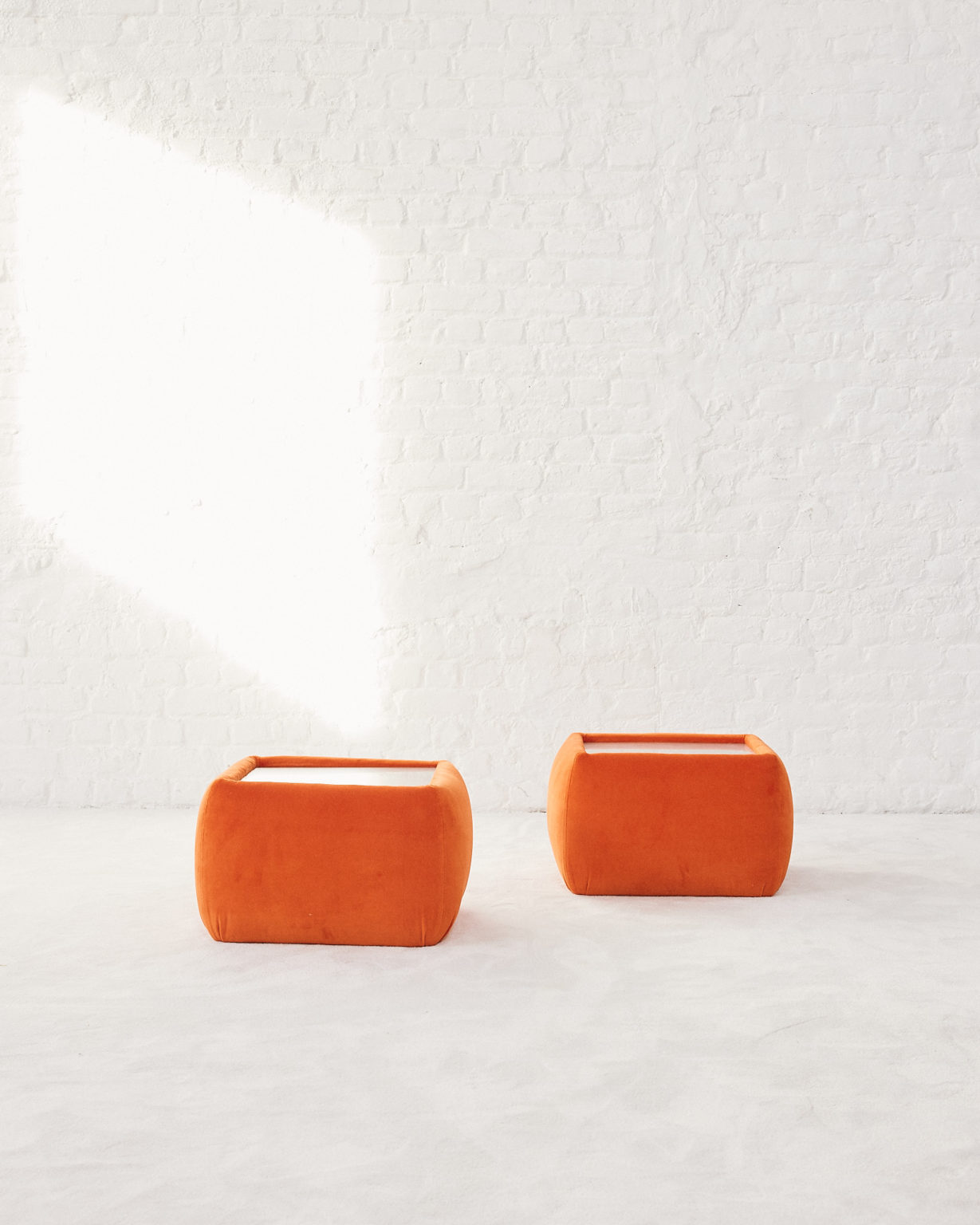